Just added to your cart

Bobby Narcho — a musician, photographer and video editor —is playing an extremely out-of-tune piano in the library of a century-old school building.

“It’s got a lot of history here and it’s gorgeous, you know. It’s grand, it’s one of these grand places,” Narcho said. “And it’s very spooky, too.”

He’s describing the Curley School in the rural town of Ajo. He processes his photos, eats his meals and writes his music in one of the 30 classrooms-turned-apartments. Narcho’s door is on the basement level, facing onto the street. The glass-paneled window is covered with black-and-white drawings of movie villains, which Narcho said is to scare away curious kids.

He plays the best he can on the out-of-tune keys. The piano he sits at is under a window facing out the front of the school, toward the Ajo town plaza flanked by two historical, stark white churches.

Narcho’s music sounds a little like if a David Lynch show took a trip to the middle of the Arizona desert.

“I know everyone likes to focus on the bright things, flowers, and that’s cool. But there’s also a little beauty in the darkness too,” Narcho said. “That’s why I like to make this kind of creepy, beautiful music. There’s something that draws you into it.”

Narcho grew up on the Tohono O’odham nation, just east of Ajo. His tribe traditionally uses music to celebrate the bounties of nature, like the crops growing or the desert rain. 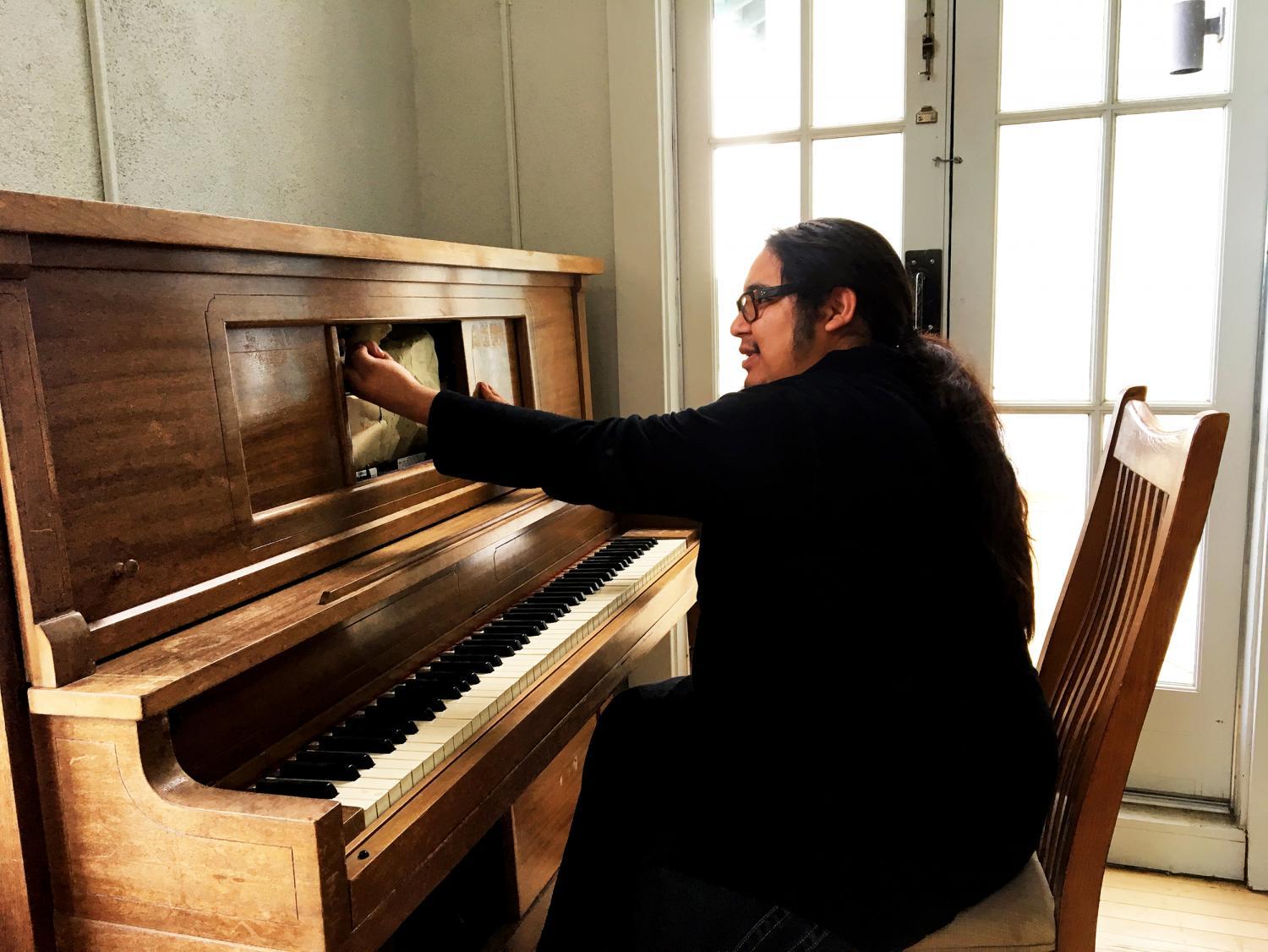 Casey Kuhn/KJZZ
Ajo resident Bobby Narcho plays on an old upright piano in the library of the Curley School.

A lot of his photography celebrates the modern ways O’odham people incorporate long-learned techniques of living in this desert.

“It is your native land, and there’s a lot of culture there. You grow up learning these things about your culture, the songs, the traditional practices,” Narcho said. “Just living in the desert, too, you get to know about the resources that it offers, like the foods. The saguaro cactus root, the prickly pear, the cholla buds.”